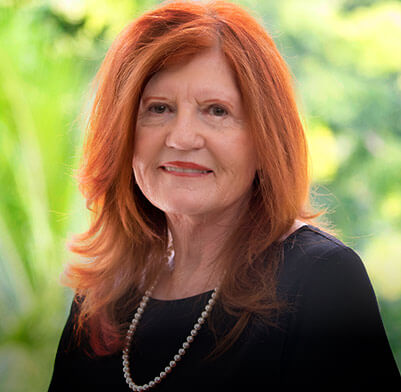 Mrs. Berna Thompson Cummins is a successful businesswoman and former educator, and a graduate of the University of Central Florida.  Over the years, she has served as President of the Cayman Islands Chamber of Commerce and various other boards. A deep commitment to the community and her country led to her being awarded membership in The Most Excellent Order of The British Empire (M.B.E.) by Queen Elizabeth II in 1991. In 1992, she was elected to The Cayman Islands Legislative Assembly where she represented the district of George Town.

She is a Charter Member of Rotary Sunrise and, as a keen gardener, has served as President of The Cayman Islands Garden Club for several years.

Berna is a seventh generation Caymanian and the mother of three and grandmother of eight. She and her husband, Mr. Steven L. Cummins, reside in South Sound and Gun Bay, and enjoy summers in Camden, Maine, where she attends Rotary and volunteers for various Rotary activities.